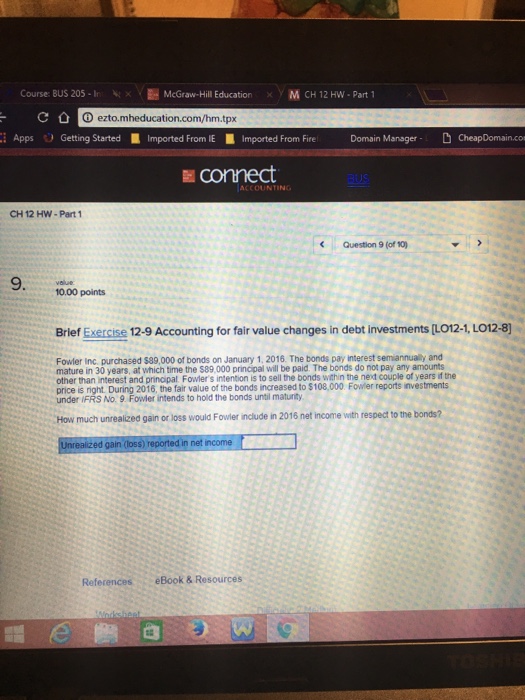 Accounting for fair value changes in debt investments [LO12-1, LO12-8] Fowler inc. purchased $89,000 of bonds on January 1, 2016. The bonds pay interest semiannualy and mature in 30 years, at which time the $89.000 principal will be paid. The bonds do not pay any amounts other than interest and principal. Fowler’s intention is to sell the bonds within the next couple of years if the price is right. During 2016, the fair value of the bonds increased to $108,000 Fowler reports investments under IFRS No. 9 Fowler intends to hold the bonds until maturity. How much unrealized gain or loss would Fowler include in 2016 net income with respect to the bonds? Unrealized gain (loss) reported in net income