Answered Essay: Can Anyone please help me with preparing an Income Statement, Statement of Retained Earnings, Balance Sheet and Cash Flow

Can Anyone please help me with  preparing an Income Statement, Statement of Retained Earnings, Balance Sheet and Cash Flow Statement from the problem that you have been working on during the week. Be sure to put all of the statements in very good form.

4: Received cash from clients as an advance payment for services to be

provided and recorded as unearned fees, $5,000

17: Recorded cash from cash clients for fees earned during the period April

30: Recorded cash from cash clients for fees earned for the period April 25-30,

30: Recorded services provided on account for the remainder of April, $1,500.

The following are adjusting entries to be recorded:

Insurance expired during April is $300.

Depreciation of office equipment for April is $700.

Accrued receptionist salary on April 30 is $120. 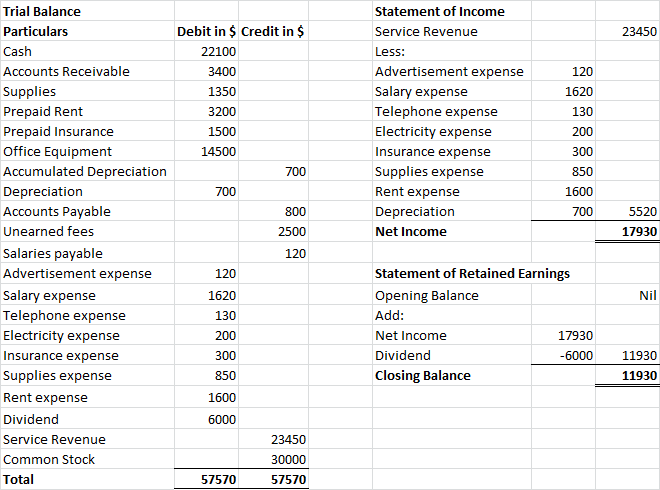 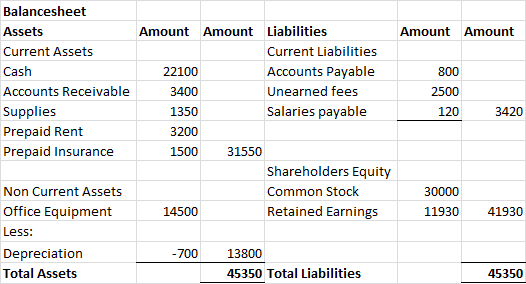 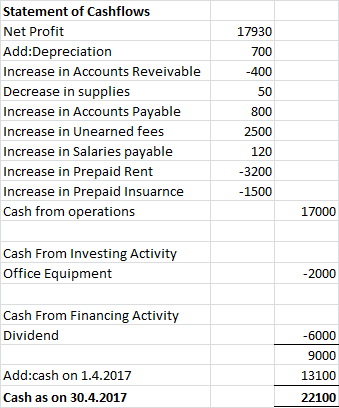