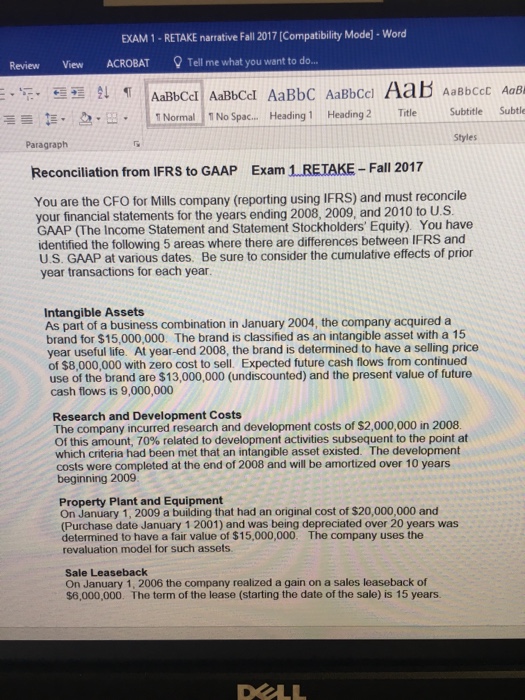 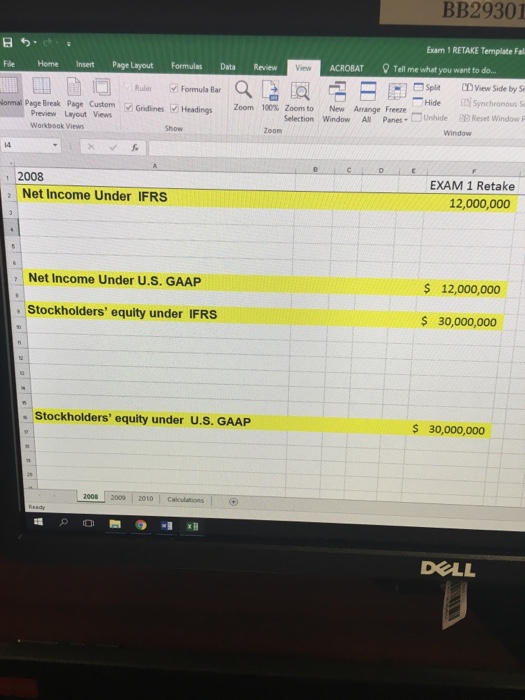 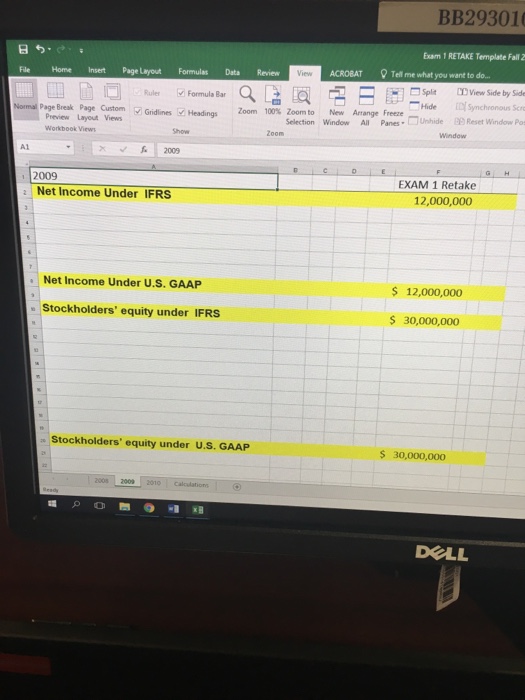 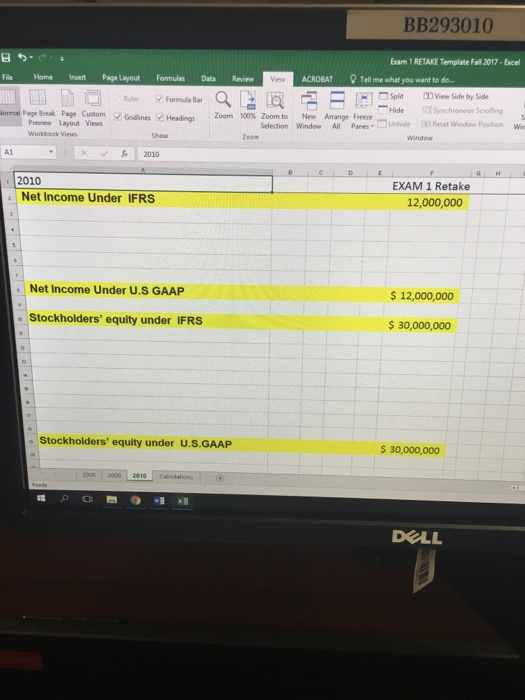 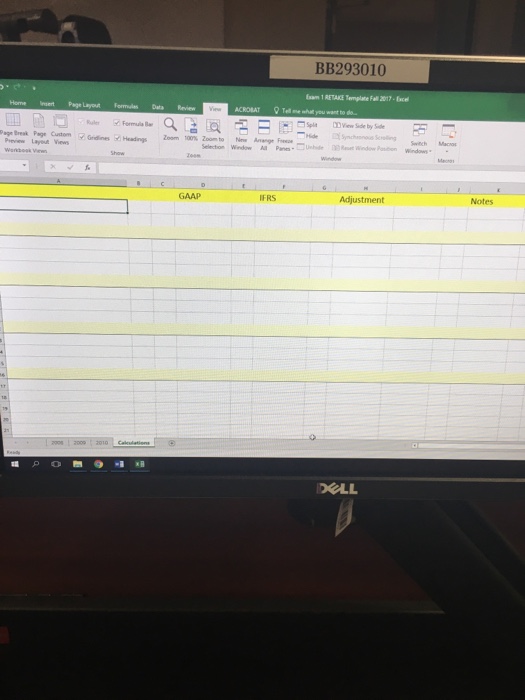 EXAM 1-RETAKE narrative Fall 2017 (Compatibility Model- Word Review View ACROBAT Tell me what you want to do ENormal 1 No Spac… Heading 1 Heading 2Title Subtitle Styles Paragraph Reconciliation from IFRS to GAAP Exam 1.RETAKE – Fall 2017 You are the CFO for Mills company (reporting using IFRS) and must reconcile your financial statements for the years ending 2008, 2009, and 2010 to U.S. GAAP (The Income Statement and Statement Stockholders’ Equity) You have identified the following 5 areas where there are differences between IFRS and U.S. GAAP at various dates. Be sure to consider the cumulative effects of prior year transactions for each year Intangible Assets As part of a business combination in January 2004, the company acquired a brand for $15,000,000. The brand is classified as an intangible asset with a 15 year useful life. At year-end 2008, the brand is determined to have a selling price of $8,000,000 with zero cost to sell. Expected future cash flows from continued use of the brand are $13,000,000 (undiscounted) and the present value of future cash flows is 9,000,000 Research and Development Costs The company incurred research and development costs of $2,000,000 in 2008. Of this amount, 70% related to development activities subsequent to the point at which criteria had been met that an intangible asset existed. The development costs were completed at the end of 2008 and will be amortized over 10 years beginning 2009 Property Plant and Equipment On January 1, 2009 a building that had an original cost of $20,000,000 and (Purchase date January 1 2001) and was being depreciated over 20 years was determined to have a fair value of $15,000,000. The company uses the revaluation model for such assets Sale Leaseback On January 1, 2006 the company realized a gain on a sales leaseback of $6,000,000. The term of the lease (starting the date of the sale) is 15 years. KILL 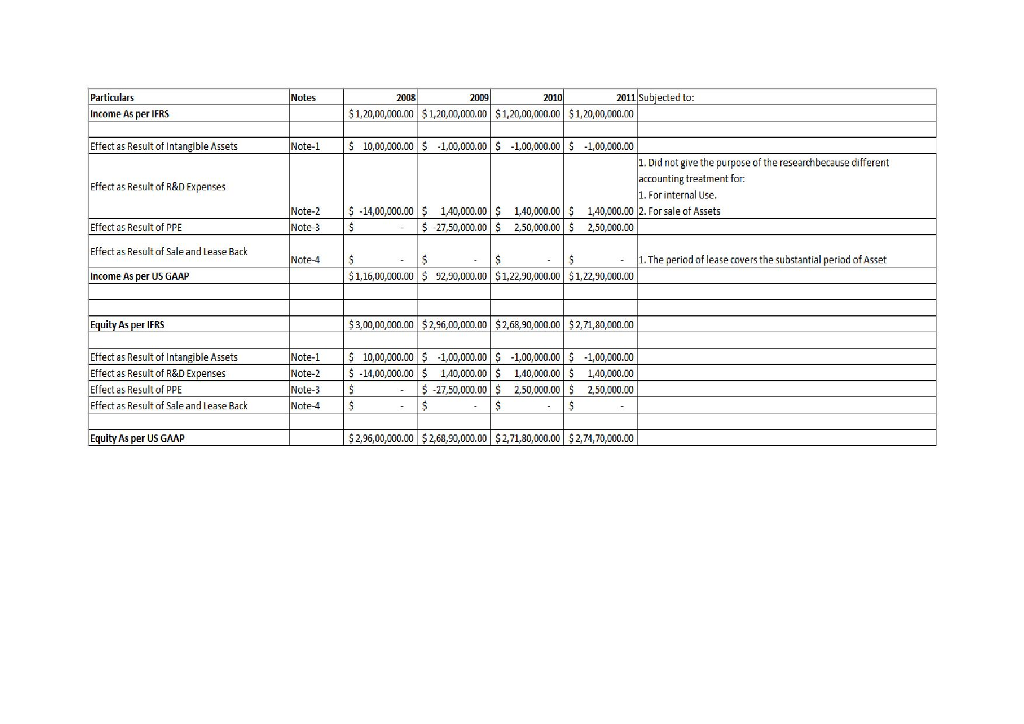 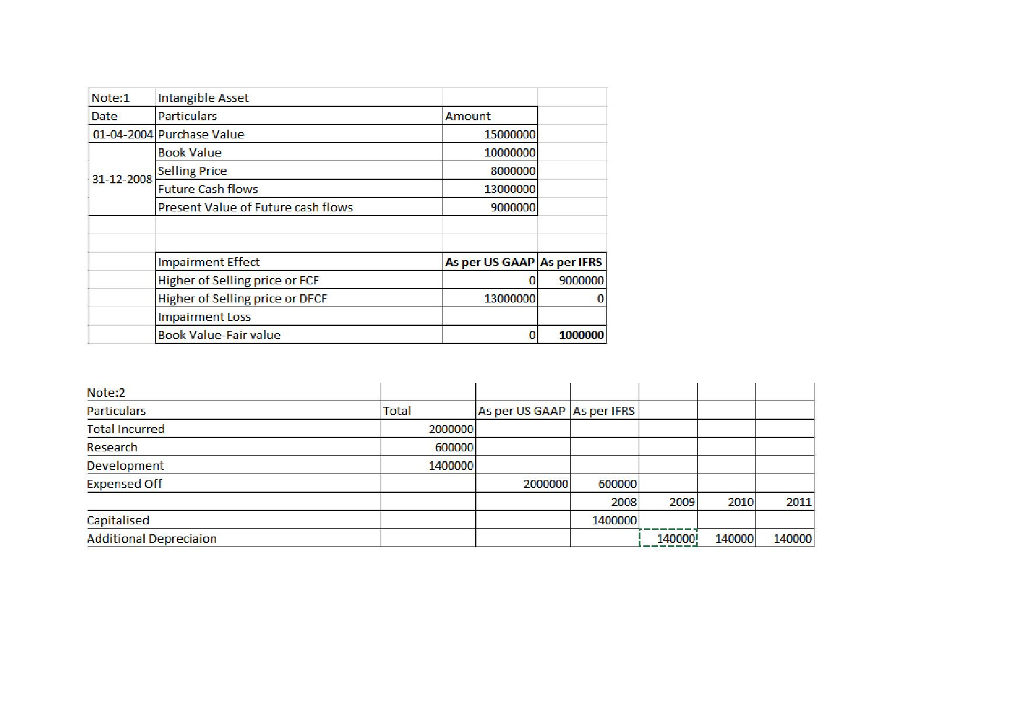 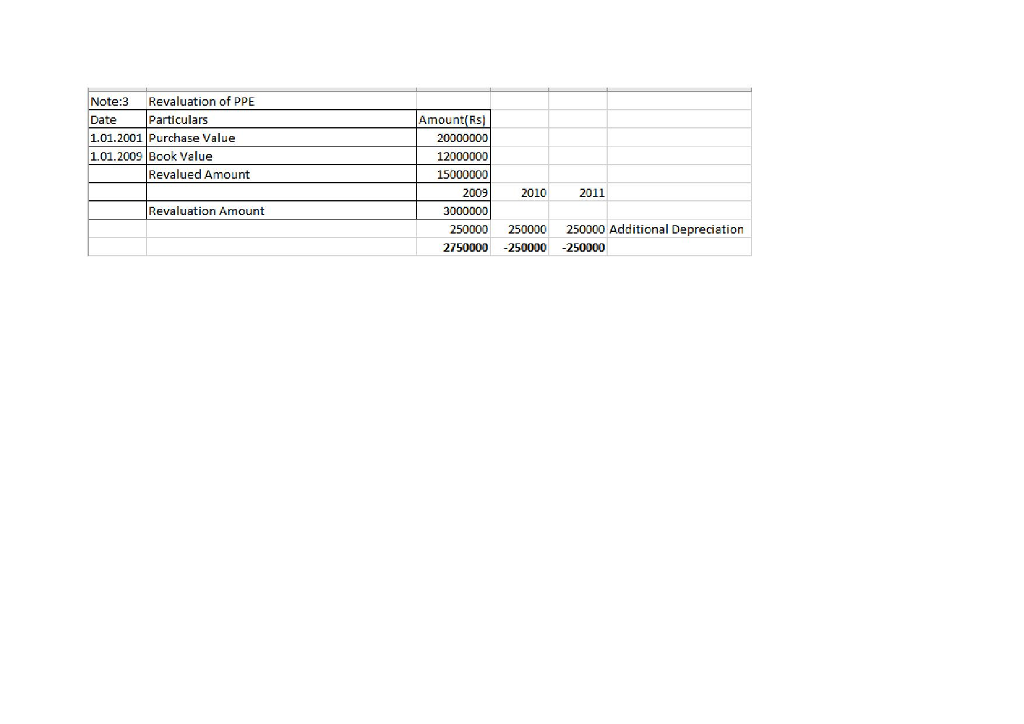