Answered Essay: Plz answer all the questions on both pictures 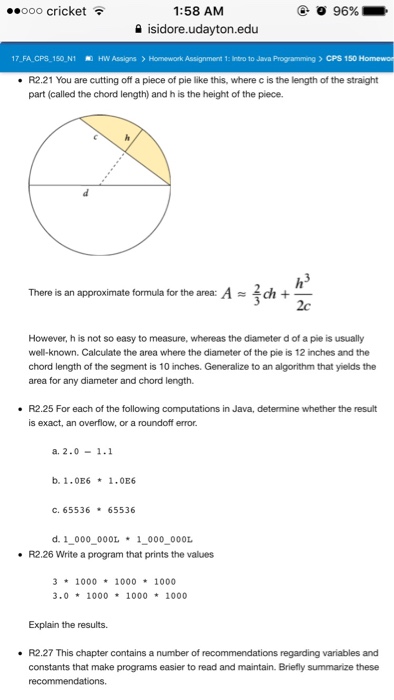 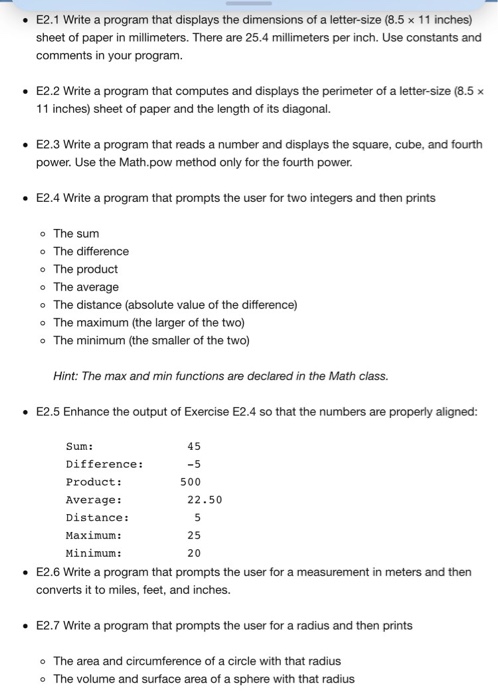 Plz answer all the questions on both pictures

We know that h is the altitude, therefore the angle made by the line segment h on chord c is 90 degree. We know if radius is perpendicular to a chord then it bisects the chord. So by pythagoras theorem we can calculate the length of h as:

//Program to calculate the area given the diameter and chord_length

// function to calculate value of h and then calculate the area

We get that the result is an overflow since the max int result java can represent is 231 -1 . Since the result is greater than 231-1, so it goes back to the minimum value and continues from there.

We get that the result is an exact as it is multiplication of long values (specified by L), and not int multiplication and so overflow doesn’t occur.

R2.27 Recommendations regarding variables and constants that make programs easier to read and maintain are:

<type><variable_name> = <value according to the type of the variable>