Answered Essay: Rank the elements or compounds in the table below in decreasing order of their boiling points. 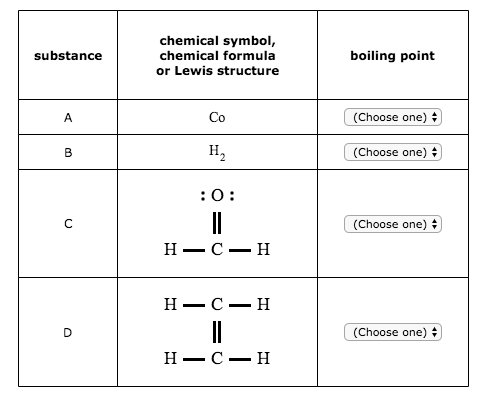 H2 has zero dipole moment having weak vanderwalls or london dispersion force and theoritically it has the lowest boiling point of – 252.87 oC

Ethylene is a colorless gas having boiling point – 103.7 oC

Formaldehyde is a gas having boling point – 19 oC

So the decreasing order of boiling point is