Answered Essay: The manager of a seafood restaurant was asked to establish a pricing policy on lobster dinners

The manager of a seafood restaurant was asked to establish a pricing policy on lobster dinners. The manager intends to use the pricing $/Lb to predict the lobster sales on each day. The pertinent historical data are collected as shown in the table. Answer the following questions.

A) x = independent variable. According to this problem, the ∑x =

B) r is the coefficent of correlation. use the r equation to compute the value of the denominator part of the equation. The value for the r denominator =

C) Acccording the this problem the correalation of coeffiecent, r, between the two pertinent variables is =

F) Regarless, you were told to use the associative forecasting method to predict the expected lobster sale. If the lobster price =$8.58, the expected number of lobster sold = 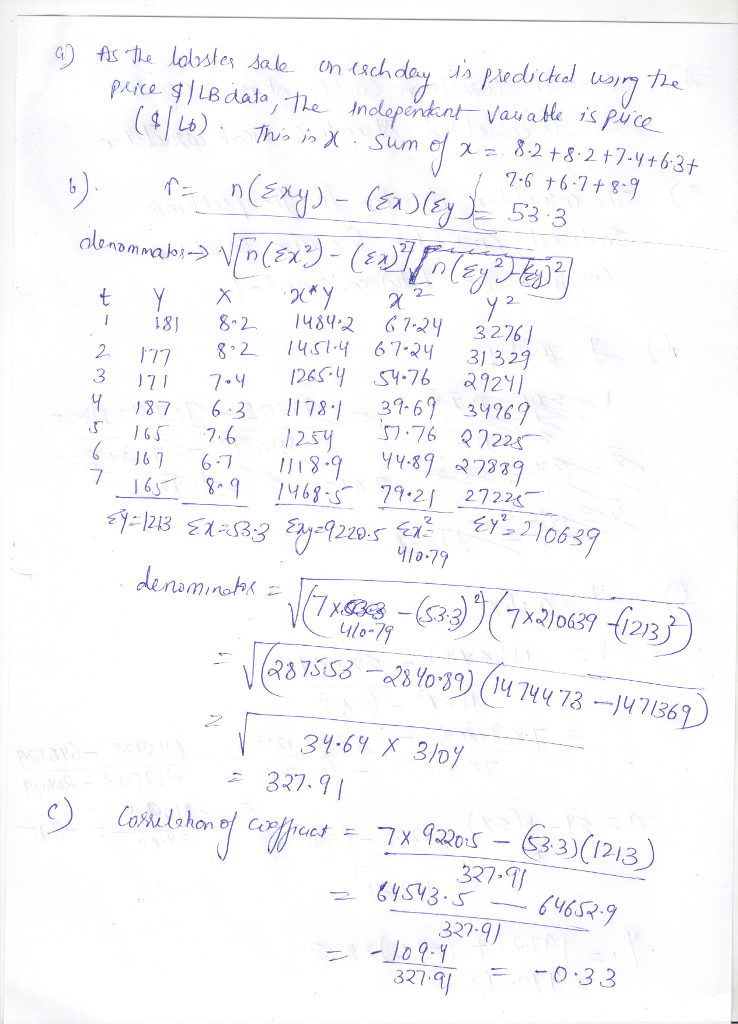 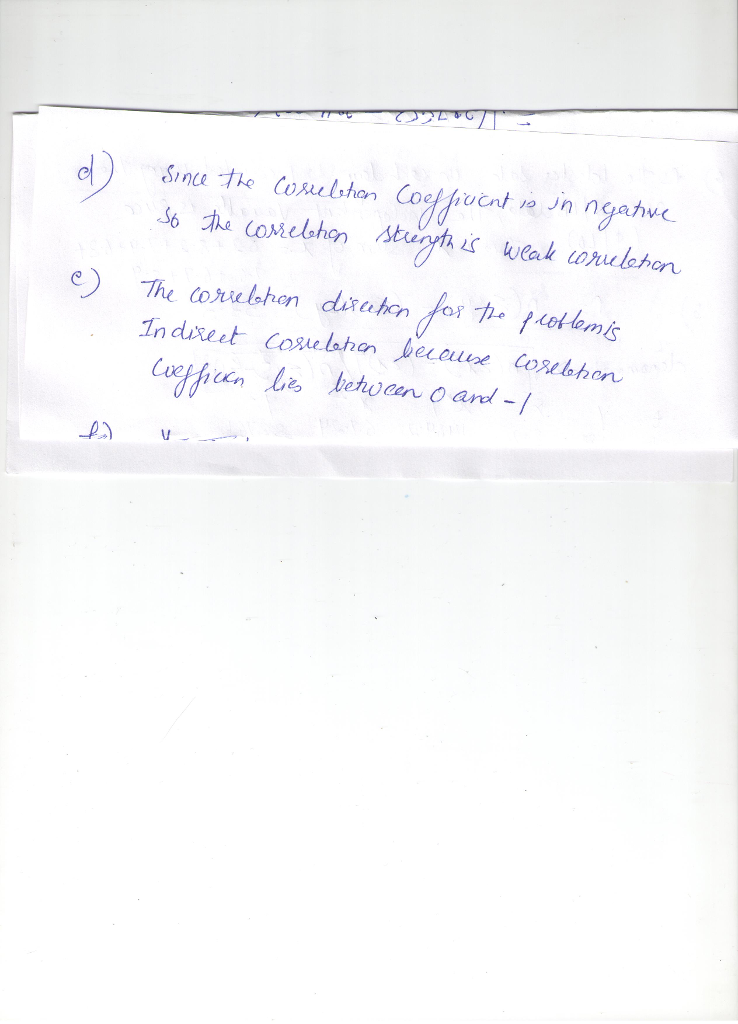 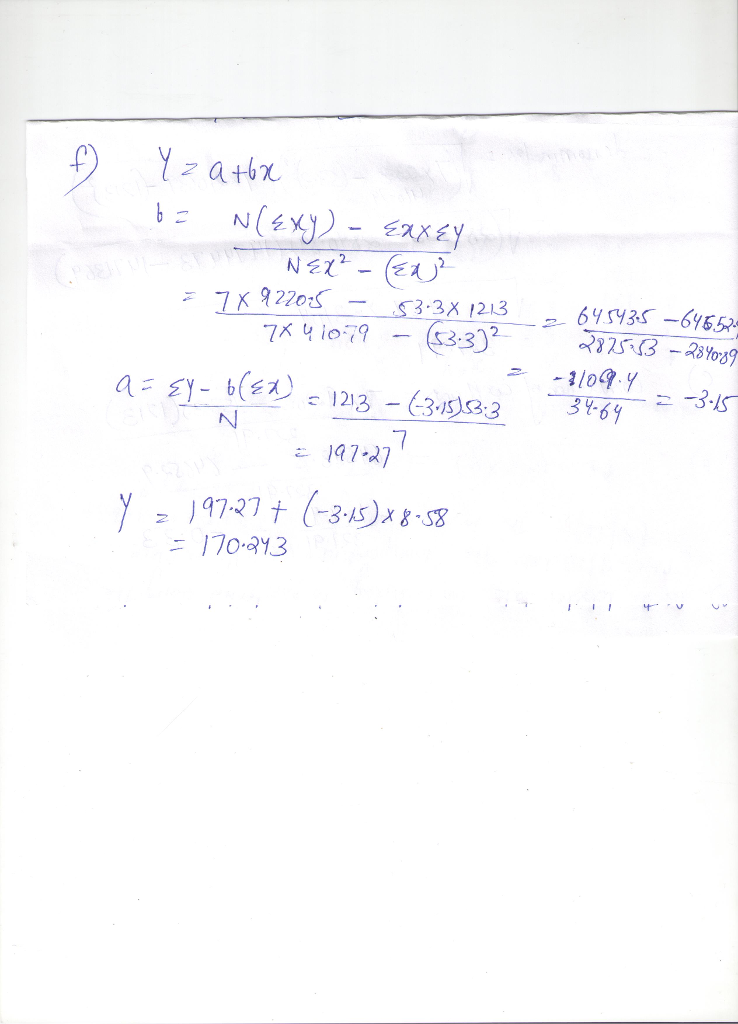