The cheif executive officer, of Richards Corp. attended a conference in which one of hte sessions was devoted to variable costing. The CEO was inpressed by the presentation and has asked that that the following data of Richards Corp. be used to prepare comparative statements using variable costing and the companies absorption costing. The data follow: 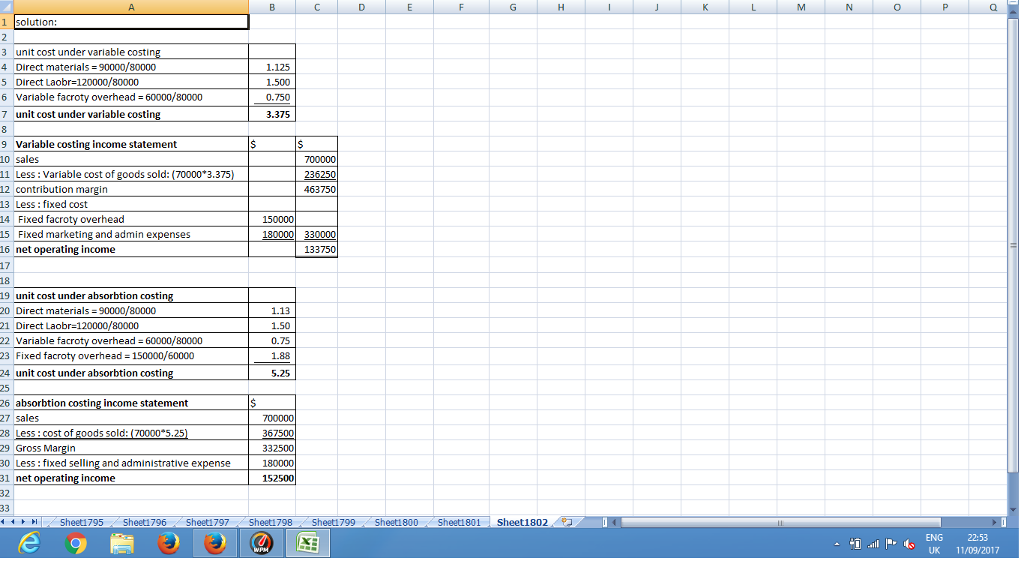