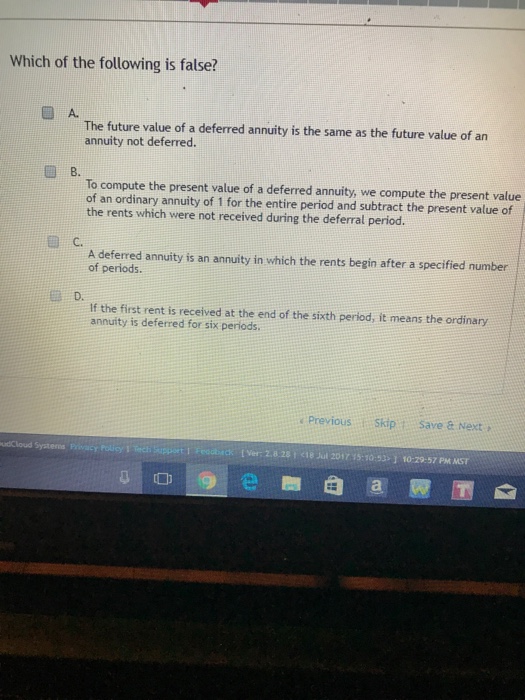 Answer: D. If the first rent is received at the end of the sixth period, it means the ordinary annuity is deferred for six periods.